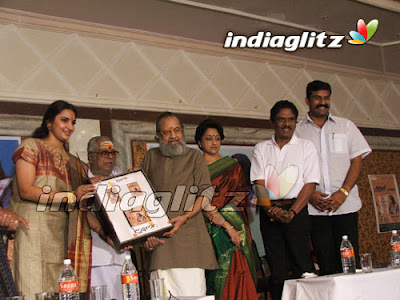 Yesteryear heroine Suganya, who has starred in more than 75 films, is all set to don a new role off-the-screen. Suganya, who has taken training in classical arts in Kalakshetra, Chennai, has decided to try her hands on music composing and writing lyrics. Azhagu, Suganya�s first work as a music composer and lyricist will be released on Sunday. I wanted the cassette to be released by poet Valee and composer Viswanathan, said the actress who further notified that the first copy will be received by actress Lakshmi while her mentor-director Bharathiraja will give it out.There are about 10 songs in the Azhagu album sung by singers including S.P.B, Chitra, S.Janaki, Harish Ragavendra, Srinivas and Karthick.
Mar 26, 2005, 12:24
Posted by Suk_Fan at 8:01 AM