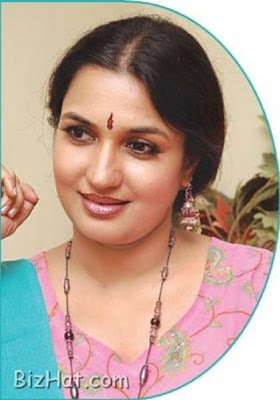 REMEMBER THE sprightly girl Sukanya who made her debut in Telugu with Peddarikam and co-starred Kamalhasan in Bharatheeyudu. Well, she is reappearing on Telugu screen with Naidu LLB — a bilingual film, in an important role.

However, her ambition is to direct a movie which she plans to do so soon. Armed with the experience of directing some episodes for a television serial on Sun TV, perhaps, this should be a cakewalk for her.
Posted by Suk_Fan at 11:42 PM